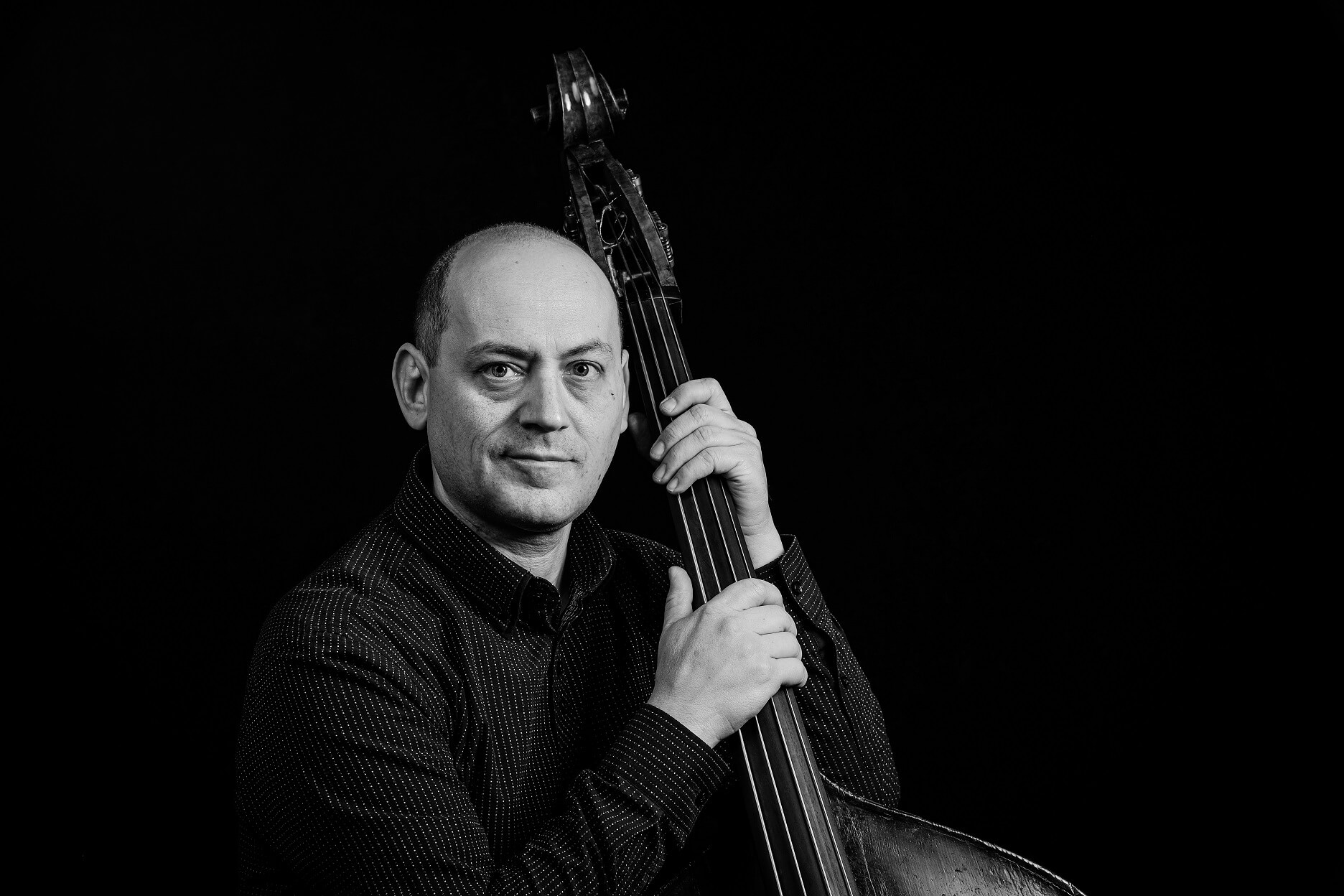 Yuri Goloubev was born in Moscow, Russia in 1972 and graduated from Moscow Tchaikovsky Conservatory in 1995. He won numerous awards and in 2002 became the youngest bass player ever in the history of both USSR and Russia to be awarded the prestigious title of Honoured Artist of Russia by President Putin. His professional career starts in 1990 “Ensemble XXI”, then the Bolshoi Opera, and from 1992-2004 he was Principal Bass in the world famed “Moscow Soloists” Chamber Orchestra with whom he recorded several CDs for SONY Classical and EMI..

Yuri Goloubev’s playing is featured on over 80 albums. His latest album for the prestigious German label ACT is a duo with pianist Gwilym Simcock.