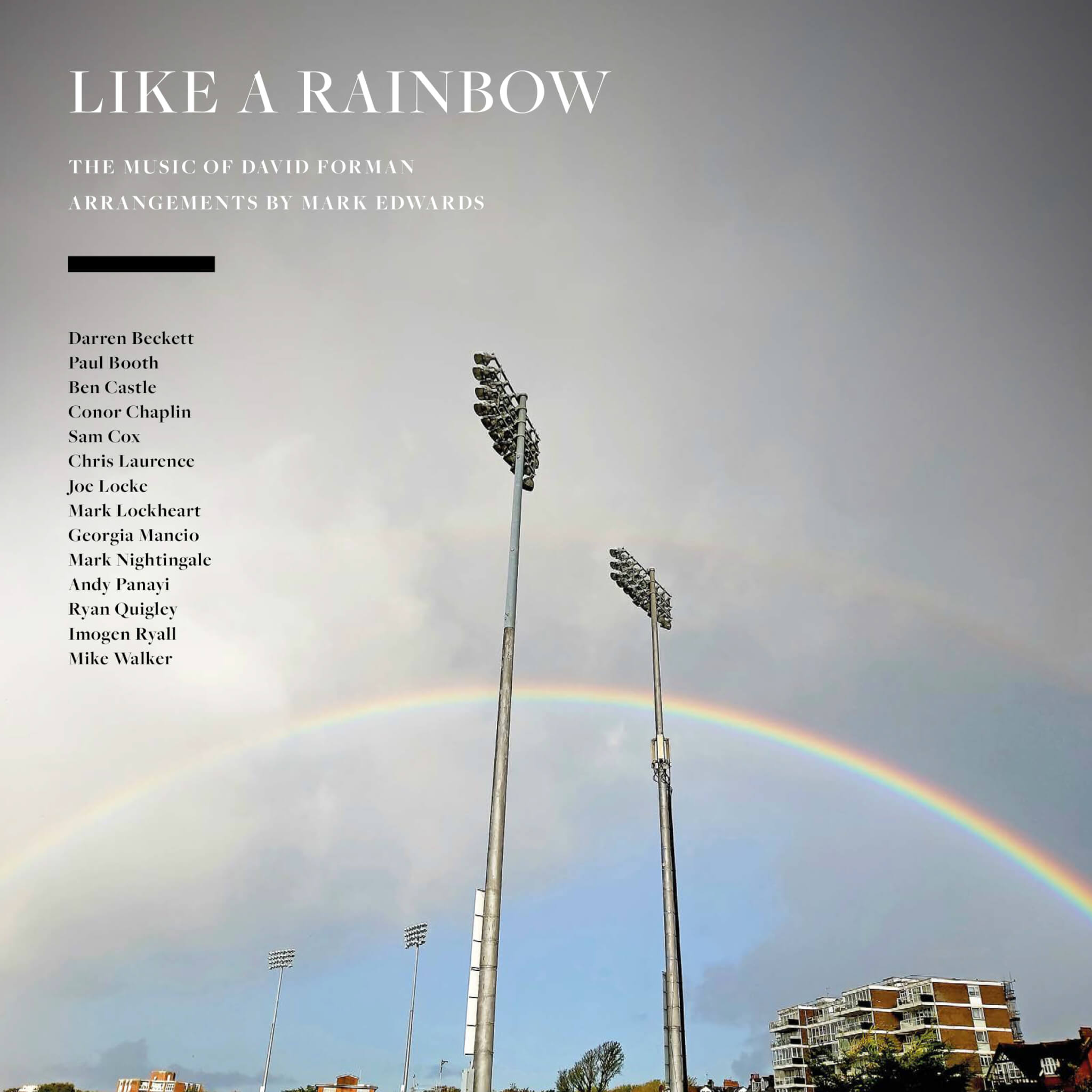 Photographer and passionate jazz fan David Forman
compiles a lifetime of compositions. This music not only represents Forman’s lifelong love for jazz but also a rich and rewarding life well lived.

David Forman is well known for his jazz photography. His enthusiasm began with a commission to capture the Anglo-U.S. band The Impossible Gentlemen in 2010 and he has since photographed hundreds of jazz musicians in the capital, his home town of Brighton and abroad.

What is less widely appreciated is David’s own musicianship throughout his life. Basho Records is presenting an album featuring his original compositions recorded with an impressive array of experienced jazz musicians. The music is accompanied by a 76 page 8 inch x 8 inch book featuring David’s jazz and travel photography, including images celebrating other Basho-associated artists.

His enthusiasm began as a teenager at the Perse School in Cambridge, having heard a lot of late 1940’s radio big-band jazz. One of his friends at school was the ‘famous-to-be’ baritone sax player Ronnie Ross who introduced him to jazz harmony.  After leaving school, David studied dentistry at Guy’s Hospital where he formed and led a dance band in 1951, playing piano. This is where he began to write and one of the compositions from this period (“Jump The Q”) is included on the album. Also included are two pieces from the mid-sixties (“I Can Be Me” and “Une Lettre de Paris”) which were finally completed 55 years later only days before the recording!  Another piece, “I Miss You”, was playlisted on Radio 2 for six weeks in 1986.  David remains excited by the music of the 1950s and 60s, Dave Brubeck and John Lewis of MJQ plus some of the wonderful West End shows being particularly inspirational. He frequently wrote the music for amateur shows during his dental life.

Leaving dentistry in 1994 turned out to be the beginning of a whole new rich and rewarding period in travel and photography. Several photo agencies responded positively to his work, as he was able to provide images from parts of the world that had rarely been photographed for the travel industry.

Until the onset of the Covid-19 pandemic, David had visited 150 different countries on the United Nations list of 193! Sometimes his interests in music and travel happily coincided, and he enjoyed live music in U.S.A., Brazil, Argentina, South Africa and Australia.

In his late eighties (he is now 91), David took the opportunity to have his musical work recorded. He recruited master pianist/arranger Mark Edwards to work on his chosen compositions, and they selected the musicians for each recording. The main body of the album was recorded in multiple locations, with some musicians working remotely during the pandemic. The three bonus tracks had been recorded a few years earlier, with “Could It Be Love” recently featured on the “Songs Of Isolation” charity series for the NHS.

The music collected here not only represents a lifetime’s love for jazz but also a full and fascinating life well lived.

Forman he is a gifted melodicist and has an elegant touch as a writer.

Like A Rainbow is, as Mark Edwards puts it in the liner notes, 'an extraordinary adventure of music and friendship'. Forman's own circle of friends and admirers may well be its primary audience, but the playing and the imagery here have an affecting universal appeal.

No shows booked at the moment.