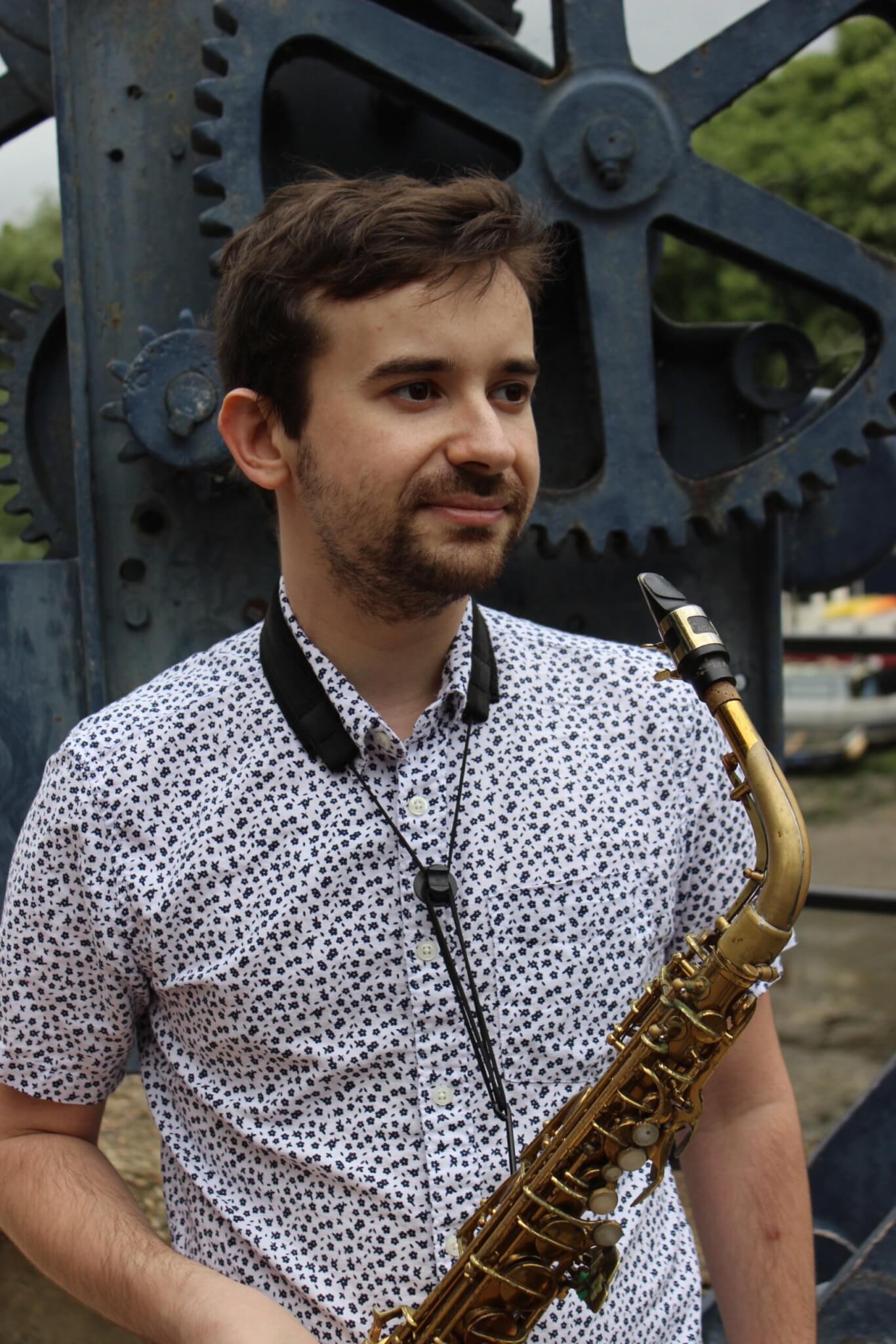 Tom Smith is a 24 year old saxophonist, bass clarinettist and composer from London. He was twice finalist of the BBC Young Jazz Musician of the Year programme in 2014 and 2016, and in 2018 won the Peter Whittingham Development Award from Help Musicians UK. He is preparing to release his debut album ‘Gecko’, to be released with Basho Records in November 2020.

Since finishing his degree at the Royal Academy of Music, he has performed and toured around the world and has brought his music to prestigious festivals and venues including the BBC Proms (Royal Albert Hall), Love Supreme Festival, Jazzinec Festival (Czech Republic), Generations Festival (Switzerland) and the Luxembourg ‘Blues ‘n Jazz Rallye’. Tom runs a number of his own bands including Queertet, a band celebrating the works of LGBTQI+ musicians, which sold out two headline shows at Ronnie Scott’s for London Pride 2018 with celebrated comedian Julian Clary and LGBT icons Ian Shaw and Sharon D. Clarke. He has also recorded a double album of original compositions with celebrated young Czech pianist Daniel Bulatkin and a host of other celebrated Czech musicians, ‘Drifter Days’, recorded after a 19-day continuous Czech Republic tour.

Tom was the lead alto in the National Youth Jazz Orchestra until 2020, and currently plays lead alto for the Patchwork Jazz Orchestra, which has recorded two albums, one recorded entirely remotely during the first few months of the Covid-19 lockdown. In 2018 Tom was the only UK musician selected to join the international Generations Festival Big Band in Switzerland, where he performed with Grammy Award winner Maria Schneider and Donny McCaslin (David Bowie). Tom also performs regularly as a sideman round England, with artists including Gareth Lockrane, Ian Shaw, Callum Gourlay and Jonny Mansfield. Tom has also headlined the Blues n’ Jazz Rallye in Luxembourg with Liv Warfield (Prince).

‘So passionate, punchy and joyful…the band was vibed up by this young nutter at the front!’ – Django Bates

‘Tom really brought it, he tore the house down’ ‘His original compositions were some of the best we heard all night’– Julian Joseph

‘I was incredibly impressed by his compositions, and also just generally a fantastic energy to his playing’ – Gwyneth Herbert

‘The sound he makes is huge’ –Joe Stilgoe