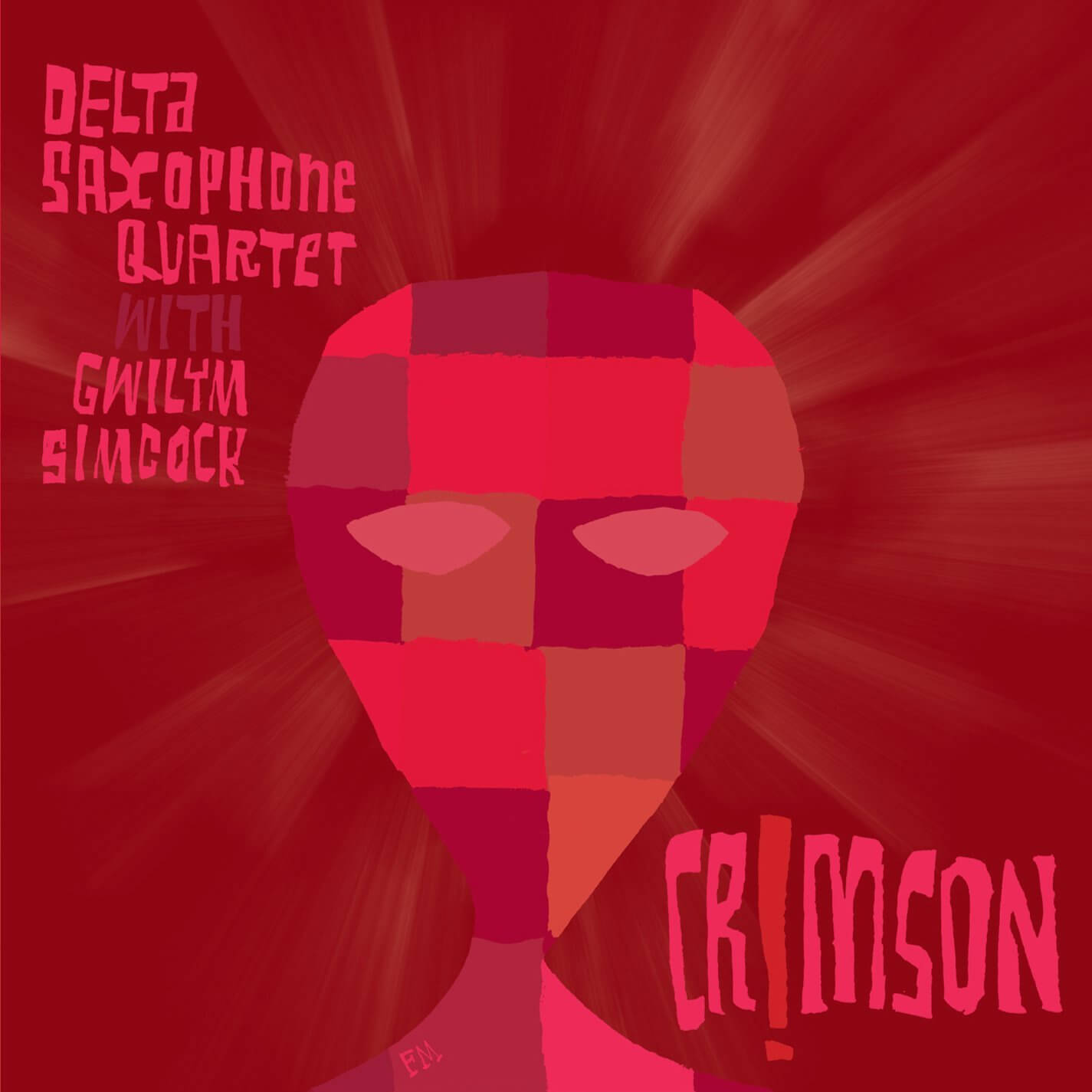 Somewhat unexpectedly, the genesis of the Crimson project can be traced back to a cold December evening at the Britannia stadium. The Delta Saxophone Quartet’s Chris Caldwell and pianist Gwilym Simcock, both ardent Stoke City FC fans, first met at the Europa cup match between Stoke and Dynamo Kiev. From here, it was only a small step to the quartet commissioning Simcock as one of two composers (the other being Mark-Anthony Turnage) for their 30th birthday celebrations in 2014. Simcock and the Delta team found common ground in the music of King Crimson.

The saxophone quartet had investigated the music of Soft Machine, another associated act from the 1970s progressive rock scene, on an earlier project. Simcock proved well versed in this music as he had been surrounded by progressive music at home growing up (as well as having performed with Bill Bruford in the early stages of his career). The 30th birthday commission evolved to a complete set of Crimson-inspired music, premiered in Milan and receiving its UK debut at the Guildford Festival in March 2015.

Whilst the classical saxophone quartet might be an unfamiliar ensemble to some in the jazz audience, this group has long been one of the most adventurous of its kind. PThey are a commissioning group, and through that process have long worked with material from outside the classical world, including the work of jazz composers such as Mike Westbrook (alto player Pete Whyman has also played in Westbrook’s band). A commission from Gavin Bryars that, in the words of baritone player Chris Caldwell, ‘stretched the group musically and in terms of technique’ was later picked up by the ECM label and recorded by leading jazz saxophonists including Stan Sulzmann and the late Ray Warleigh. In Australian soprano player Graeme Blevins and Whyman, the quartet includes two experienced and impressive improvisers.

As a musician and composer, Gwilym Simcock can compose across a wide range of musical worlds, bringing classical composition techniques and improvisation together. His music brought fresh challenges to the ensemble (Caldwell is delighted to be ‘still learning’ after 30 years), both in terms of the rhythm and ‘feel’ of the music. The rhythmic quality in his piano playing, along with a restless energy and a sense of joyfulness all provided fresh perspectives for the quartet. In addition to this, the nature of the project necessitated a different approach to recording that proved very fruitful. Rather than simply finding a suitable ambient space and recording the works as performed, this process involved separation and overdubbing, with the most improvised and interactive sections recorded at Curtis Schwartz’s studio, where Simcock also set down his final piano parts. Simcock selected source material from across King Crimson’s career, reflecting three very different line-ups in the group’s long history. Rather than simply scoring out the Crimson music, Simcock aimed to create opportunities to transport it to different places – in his own words, to ‘open it up’. The resulting music is intricate and agile, imaginative and exciting.

'So, what do we have here from Basho? A captivating and accessible recording that should be heard by any saxophonist/saxophiliac. Strongly recommended.'