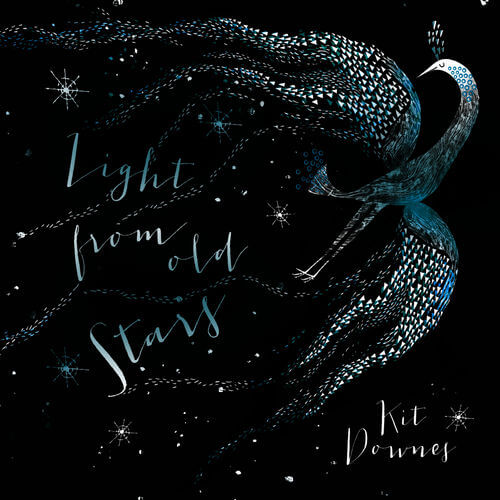 Mercury Prize nominated pianist Kit Downes first met astrobiologist Daniella Scalice at the Cheltenham Science Festival. Inspired by ideas of scale, Downes became intrigued by the notion that the stars we see are often dead, and that stargazing is ‘a form of time travel without moving’. The celestial scale might seem incomprehensible to us, but there are some routes towards understanding it. These thoughts provided a conceptual framework for the music on Light From Old Stars, which explores the realms of the magical and fantastic through very grounded and earthy ideas. These are all complete, live takes without the use of editing.

Light From Old Stars is Downes’ first album to be recorded entirely with the quintet line-up, developing and enhancing the approach to ensemble arrangements initiated on Quiet Tiger. The compositions collected here are very specific orders and designs that also have chaos built in to them. They also link Downes’ disparate musical interests from the early American blues masters through to European classical music via specific references to pianists Paul Bley and Jan Johansson. The raw, urgent quality of blues from guitarists such as Skip James, Blind Willie McTell and Howlin’ Wolf is a fundamental
inspiration here, not only on the dusty shuffle of Outlawed but also in the more veiled blues ideas that can be found throughout the album.

The compositions on Light From Old Stars are united through inspirations that are escapist, but which also reflect reality. What’s The Rumpus gets its title from dialogue in the Coen Brothers film Miller’s Crossing, whilst Owls is inspired by David Lynch’s bizarre and surreal drama Twin Peaks. The idea for the brief interlude Falling Dancing came after watching a ballet performance.

To emphasise these links between various art forms, Downes has been collaborating extensively with artist Lesley Barnes. As well as providing the artwork to accompany the album, Barnes has made a number of video animations to be screened at Downes’ performance.

Jazz Album of the Month, 4 stars:‘...perhaps the most admired and creative musician of his generation....Lucy Railton’s Cello and James Allsopp’s reeds bring unfeasible depth to this magnificent ensemble.’