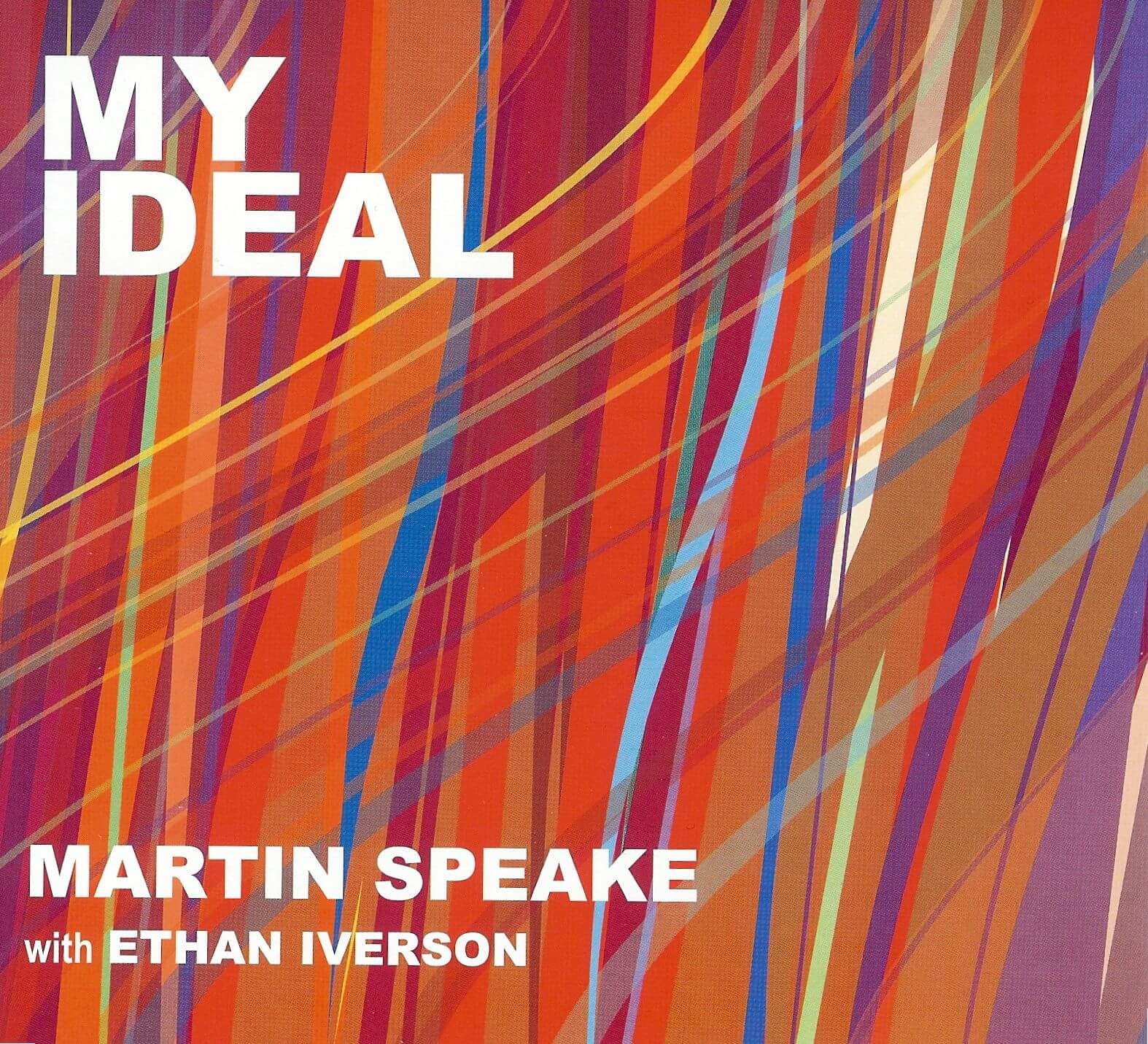 “Speake’s soft tone and undemonstrative audacity found an excellent counterpoise in Iverson, who is as likely to veer off into streams of classical arpeggios as he is to play swing or stride, though he does plenty of those too.

This music was recorded in December 2002 (and produced by Iain Ballamy, no stranger to saxophone understatement) when the pair were touring the UK, and their absorbing live show is recalled by Iverson’s technically-sweeping free-classical upsurge after Speake’s smoke-rings on Everything Happens to Me, the duo’s limping, Monkish arrangement of Smoke Gets in Your Eyes, and the almost sinister idling saunter of Jobim’s How Insensitive. Iverson’s powers are probably better revealed in these bare surroundings than they are in the Bad Plus”. John Fordham, The Guardian

On the face of it, My Ideal is nothing special: duets of standards with the pianist Ethan Iverson from the American trio The Bad Plus. But listen again and it soon begins to stand comparison with anyone, anywhere. Speake's creamy, almost ingratiatingly melodic flights of fancy are continually brought crashing to the ground by the mad chromaticism of Iverson's piano vamps. It's ancient and modern at the same time; Beauty meets the Beast as written by Cole Porter, and then spoiled by Ornette Coleman

Martin Speake has a reputation for the variety of his interests in different areas of music and for the multiplicity of his ventures in developing his range in jazz. Given that, this album - a duet with piano - comes as no surprise, but one is immediately impressed by the opening bars of ‘Everything Happens to Me’, and subsequently by every arrangement, every note that follows. Martin’s phrasing is always out of the ordinary and in this selection his exceptional precision and control of that phrasing ride on the perfect foil of Ethan Iverson’s very personal piano language.

Martin first met Ethan in 1990 studying with Steve Coleman, Kenny Wheeler and others. Meeting again some 10 years later, they renewed their acquaintance by playing through a few numbers and hit it off musically, in spite of their very different approaches. They toured together then produced this very beautiful recording.

The CD offers just under 41 minutes of standard love songs and they are rendered in a compellingly plaintive mood. Only ‘Smoke Gets in Your Eyes’ is given any pace, another example of Martin’s atypical approach. The final track, ‘You Must Believe in Spring’ develops a certain power in both saxophone and piano parts in its final third, as though to emphasise the ‘must believe’ before returning to the general quietude in the coda.