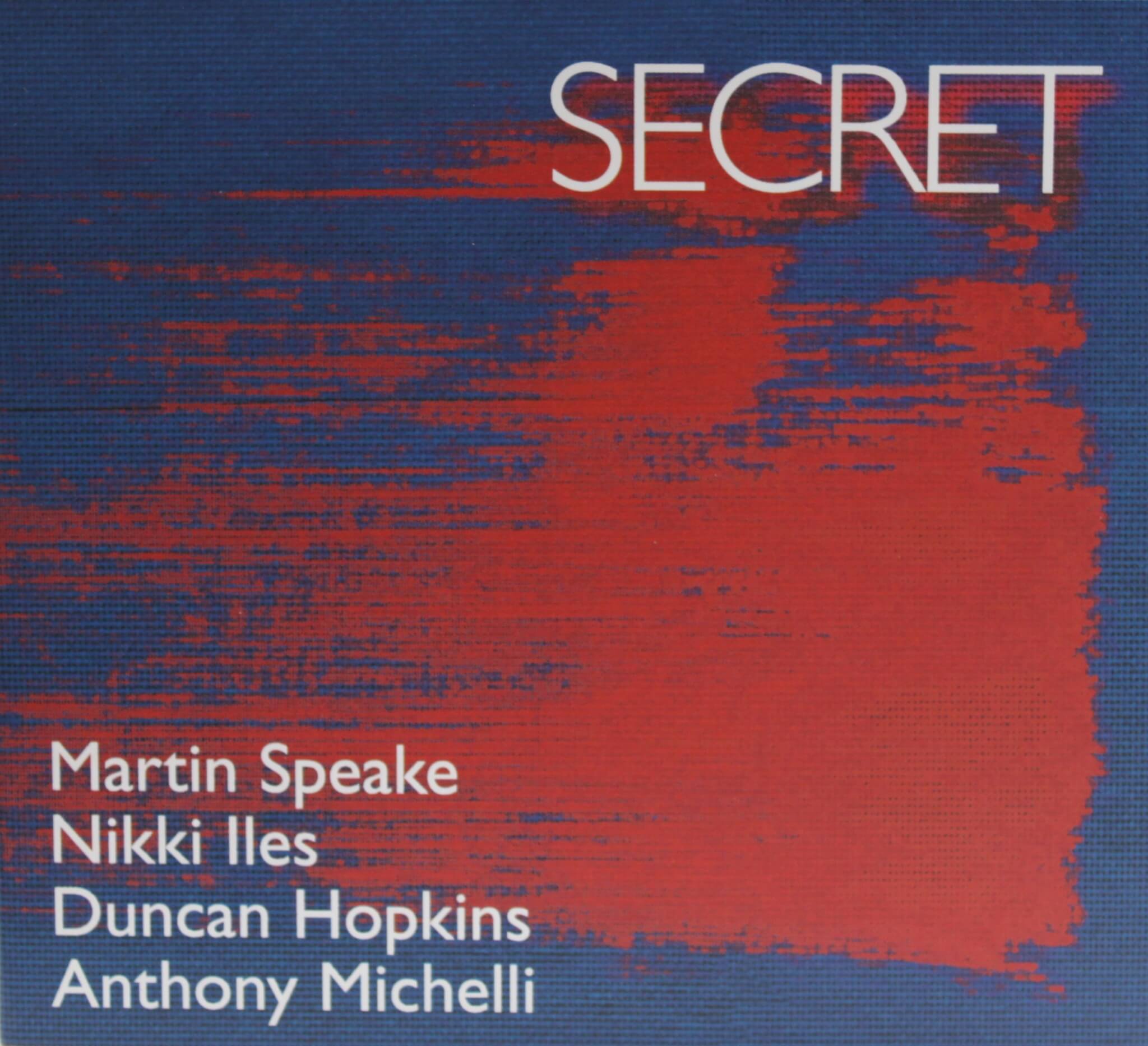 “Secret” (SRCD 3-2). This new contemporary jazz project features Martin Speake on alto saxophone, Nikki Iles on piano, Duncan Hopkins on double bass and Anthony Michelli on drums and cymbals. It was recorded in October 2000 at the end of a highly successful UK tour and despite its length of 78:32 mins took just over 5 hours to lay down. The vibrancy of the playing and the close rapport between the musicians is evident from the first track.

The album features compositions from all Iles, Speake and Hopkins as well as two well known standards – Jobim’s Luiza and The Thrill is Gone by Brown/Henderson.

Martin met Duncan at The Banff Centre for the Performing Arts while studying with Steve Coleman in 1991. He recently performed with Anthony at the Jersey Jazz Festival. Duncan and Anthony perform together in various projects in Canada and already have a strong rapport in their playing. Martin and Nikki have performed and recorded together as a duo in the past and are now augmenting their music with these Canadian musicians.

Timing is everything in jazz, and not just during performances. As the quartet led by saxophonist Martin Speake and pianist Nikki Iles embarks on a long tour of the UK, it is in danger of being sidelined by a slew of starrier jazz acts with the same idea. But it will be an injustice if this responsive, resourceful and thematically original ensemble doesn't get the audiences it should.....This is jazz-jazz, not fusion, and there's no electronic enhancement, unless you count microphones. But it's acoustic quartet playing a very long way up the league