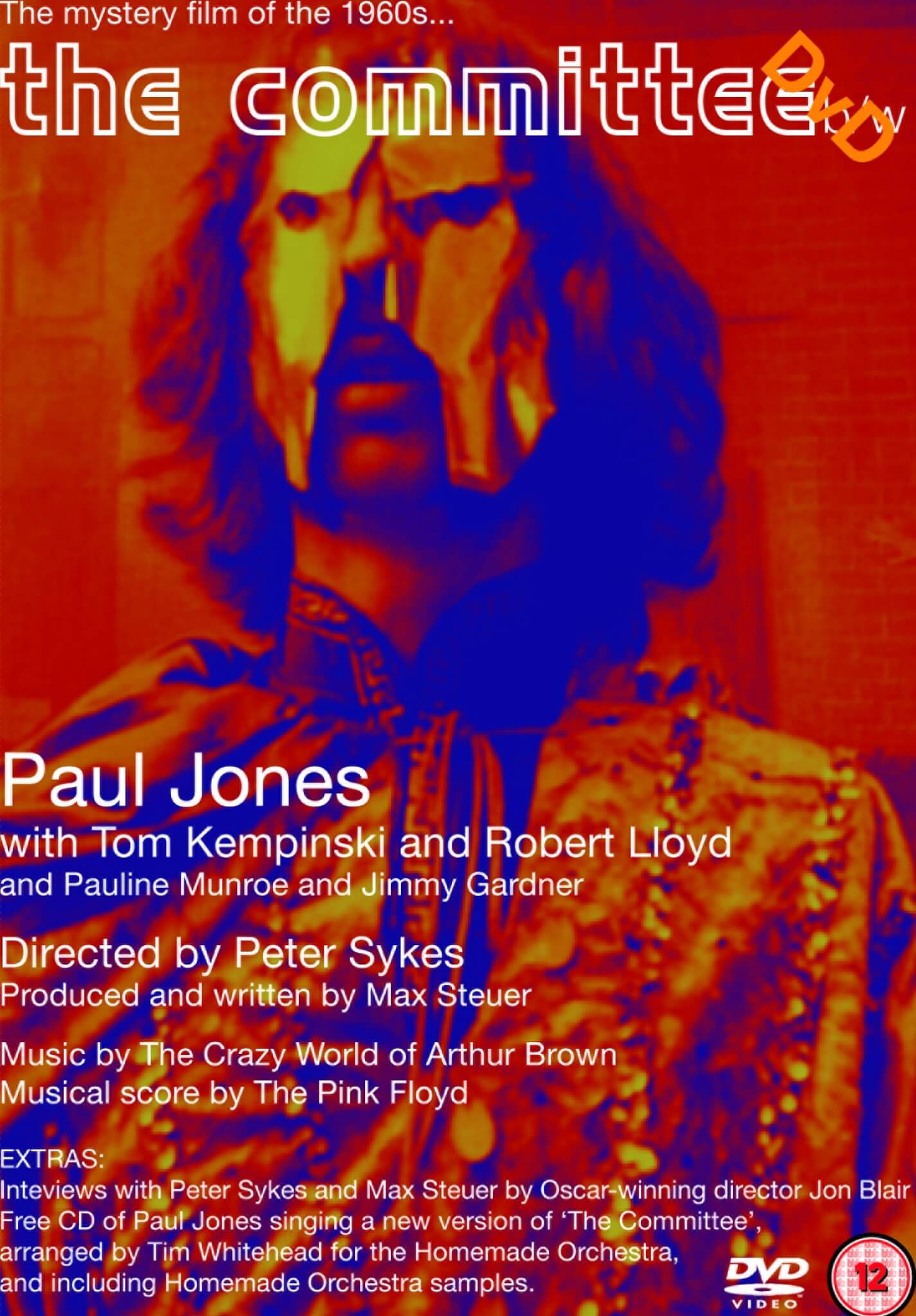 Produced and Written by Max Steuer

Thought to have been lost for the past 35 years this 1968 arthouse movie, written by Max Steuer and directed by Peter Sykes, is a surreal, slightly chilling exploration of the individual, society and alienation, that’s loosely based around the thoughts of radical sixties psychiatrist RD Laing. Atmospherically shot in black and white, there’s more than a whiff of Antonioni’s early sixties films as the central chraracter - ex-Manfred Mann singer and former Jazz FM presenter Paul Jones - haunted presence is framed by long lingering camera pans and tracked by an eerie improvised Pink Floyd soundtrack, that’s among their most obscure and sought after unreleased recordings. Featuring early outlines of ‘Careful With That Axe Eugene’ and the final part of ‘Saucerful of Secrets’, among other random sonic sketches, it was recorded weeks after guitarist David Gilmour replaced Syd Barrett and still exhibits their early fascination with the work of AMM and John Cage. The movie also features underground compatriots The Crazy World of Arthur Brown performing the jazzy, jarring ‘Nightmare’ and a Jimmy Smith-like Hammond organ groover filmed at a party scene in the LSE, while a bonus CD features a recent arrangement of the song ‘The Committee’ by saxophonist Tim Whitehead, with vocals by Paul Jones, plus two tracks from Whitehead’s Homemade Orchestra. Brilliant to some and bonkers to others, it’s a brave move for Basho and one of their most intriguing projects to date.

Sounds like the kind of hoax rare video sellers make up and list for sale to amuse themselves. Yet this slightly less than an hour-long impenetrably surreal black-and-white film really was made, and in its most infamous scene, Jones really does decapitate (and reattach) the head of the bore who gives him a lift. That’s the main action here, for the film is mostly a talky, tense, and artfully shot look at a man nudged back into line by a benignly Orwellian “committee” during a weekend retreat in the country. The rather heavy, ponderous ambience is long on dialogue, with both answerless philosophical discussions and briefer non sequiter quips. It’s given a lift, though, by the electrifyingly off-the-wall insertion of a fire-helmeted Arthur Brown performing Nightmare at a party scene, as well as spooky incidental sound-track music (never issued on record) by the just-post Syd Barrett Pink Floyd. Lengthy interviews with director Peter Sykes and producer-writer Max Steuer are illuminating DVD extras.

“The Committee is directed by Peter Sykes and based on a chilling fable by Max Steuer. Although discernably influenced by Harold Pinter, R.D.Laing and recent Czech movies, the film has a savage narrative life of its own.”